My two talks last week came and went.   People came up to talk to me all week about some of the points I brought up, so I guess not everyone snoozed.

DD is at sleepaway camp.  DH is at a meeting in Boston this week.  We decided to spend some vacation time together on the east coast before heading back west.

I've been enviously reading other sewists' blogs about their visits to
I really, really wanted to explore the permanent collection at the Philadelphia Museum of Art and to see the Barnes Foundation's collection again. Philly is bursting at the seams hosting DNC this week. But, this is the week I am on the east coast.

I'm interested in seeing these other exhibits if time permits

And I'm all about the food.

If this sounds interesting to you, leave a comment with your contact info and day(s) available. Thanks. 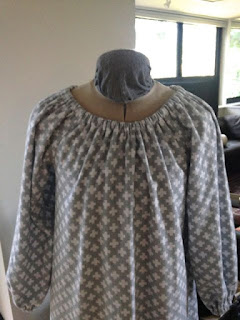 Over the years, I've made at least six nightgown renditions of Simplicity 4767.  DD was so fond of this pattern, I graded it up from size 8 to 14. 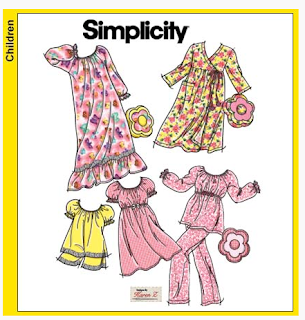 After her recent growth spurt, I decided to find an adult-sized pattern.  You'd think it would be easy to find a peasant top or night gown pattern but I didn't find any in the pattern books.

I probably could have traced one from a BWOF magazine in my collection, but then I spied newly-issued Simplicity 8124, a Cynthia Rowley pattern.

The dress looks scandalously short and full. One breeze or sneeze and... 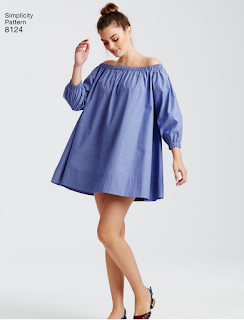 The pattern envelope says that the bust on the XS is 57.5"!  Fortunately, the romper had a more moderate 42" circumference. 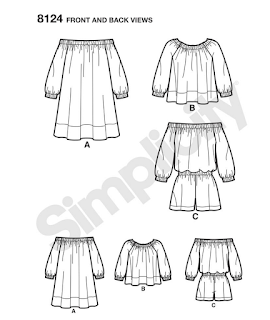 I adjusted the sleeves to full length for the winter-weight flannel gown shown above and below.  I also lengthened the body to 48", flaring it out at the bottom to the full width of the fabric (about 40" wide after shrinkage.) 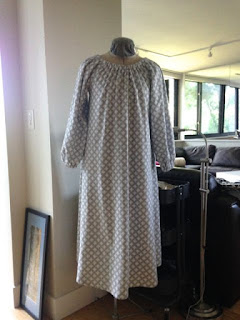 That was actually the third nightgown I made last week.  Imagine #2 in this fox fabric. 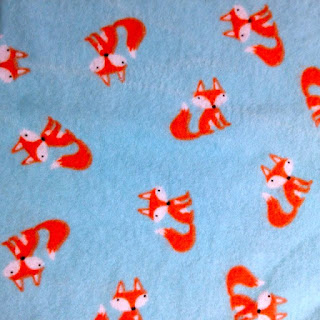 I forgot to take a picture of the completed first gown.  But, I have two progress shots, which I previously posted on IG. 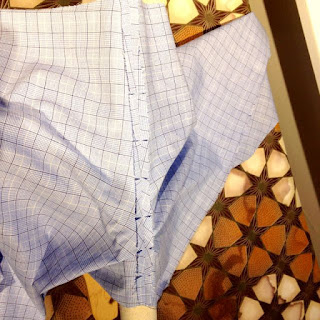 I used French seams on the cotton shirting one and used my serger to finish the seams on the two flannel versions. 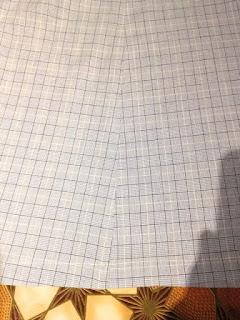 I thought I had 2 yards of 60" wide shirting.  I had 1.5 yards of 44" shirting.  Although the gown wasn't as short as the pattern envelope, DD and I were not comfortable with the length.  I added a bottom band in blue and white sprigged calico.  I might get a picture of that later.

Posted by badmomgoodmom at 05:30 2 comments:

I read this study of food insecurity among University of California students with dismay.  It appears that rent is eating their food budgets so they are eating too little or cheap low-nutrition food, just to make ends meet.

I'd like to give a shout-out to the Berkeley Student Cooperative, where I lived for my last three years at Berkeley.  BSC was a key component of my Berkeley education and I am so grateful that I found it.
During the great depression of the 1930s, many students suffered from malnutrition.  (I read a long time ago that professors reported students fainting in class from hunger.  If you have a link that substantiates that, can you leave it in the comments?)

Students in the BSC went to the Oakland Produce Market to buy food wholesale and in bulk.  Then other students took turns cooking and serving food (work shifts).  It was and remains a low-cost, and time-efficient way to obtain high-quality food near campus.

Plus, you learn skills.  I know how to operate a Hobart, an industrial dishwasher, how to dismantle and clean a commercial range, food safety laws...

The best part of BSC is the people I met.  I roomed with a black roommate one semester before I collected enough points to live in a single.  I can never walk in her shoes, but walking beside her was a crash course in US race relations.  That's one reason why I feel so strongly about #BlackLivesMatter.

Unlike the 1930s, the hunger experienced by 40% of today's UC students is caused by a strong economy.  Rising rents is literally eating the students' lunch.  It appears that the Oakland Produce Market is also at high risk due to rising rents.

I've come to realize that some basics--basic food, housing, healthcare, education and some types of data--are too important to leave to the free market.  Oops, writing that sentence took a long time because I kept thinking of things that needed to go on that list, such as environment, water, power...

As a society, we have work to do.  Let's push back with data and an open mind to problems and solutions.
Posted by badmomgoodmom at 05:30 1 comment:

I sewed two more AB reversible pillows used gleaned fabrics. Do they qualify as freegan makes?
I picked up the red and white polka dot pique from the "share" table at a South Bay Quilters' Guild meeting.  There was just enough for me to cut two fronts to cover these 16"x24" pillows.

I picked up the blue and white ribbed fabric from the kids' free bin near the entrance of Denver Fabrics the first time I lived in Colorado, sometime in the 1990s.

Colorado Fabrics continues the scrap bin tradition. You can drop off your scrap fabrics (or ones you know you will never use) in the bin as you enter.  Kids can pick up donated scraps from the bin without charge. Adults pay for the scraps by the pound and the proceeds go to charity.

In the 1990s, DF was not set up to charge for the scraps yet. I looked so pathetic (and I was a student at the time) the cashier let me take the blue and white piece I coveted anyway.

I had white thread and two 20" zippers in my supplies.  (Don't look carefully; they are not the same color.)

I purchased the pillow forms at Crate and Barrel, so they are not a completely gleaned project.  I'm counting this as a recycling win, though.

BTW, these are the 6th and 7th pillows I made since moving back to Colorado.  I've used pillow forms from Wawak, CF and Crate and Barrel.  They've all been too soft.

Does anyone know a source of firmer synthetic pillow inserts with fabric covers that you can throw in the wash?  (I'm allergic to dust and wash my pillow inserts in hot water occasionally.)

* I read that clothing is vintage at 20-100 years old.  100+ years makes it antique.  If we apply the same definition to components, such as fabric and patterns, then I sew vintage quite often.  These pillow covers are both freegan and vintage!
Posted by badmomgoodmom at 05:30 1 comment:

I'm too torn up to write about the events in Falcon Heights, Baton Rouge and Dallas.  There are others better positioned to write about that. It also speaks to the awfulness of today's internet why I and many of my friends opted to stay off the internet while people who know very little rant and pontificate anyways.

I'm going to switch gears and talk about how black people have to be twice as good to get half as much because I have a data point.

The data crunchers at the National Bureau of Economic Research determined that Rowan Pope is right; black people really do have to work twice as hard to be perceived as half as good.

I did follow the women's Wimbledon tournament, especially my fave tennis player, Queen Serena.  Now that she has won 22 Grand Slam tournaments, exceeding Chris Evert and Martina Navratilova (18), and tying Steffi Graf (22*), they've moved the goal posts so that Margaret Court (24**) can be the record holder.

No and no.  Graf and Court do not belong in the same league as Serena Williams.

* Steffi Graf was an excellent tennis player that could beat an aging but still wonderful Navratilova, but she struggled against a teenager named Monica Seles.  Do you see how she her GS tally suddenly jumped between age 23 and 24?
In 1993, when Graf was 23 and Seles was 19, a Graf fan stabbed Monica Seles in the back while she was sitting on court.

He said that he did it to help Graf get her #1 ranking back.  He succeeded.  He never even went to jail for that, but that's another story.

With Seles out of the way and Navratilova retired, there was no one for Graf to compete against.

You know how baseball players have an asterisk * next to their names if there was a question of how they achieved their performance?  Well, I feel very strongly that Graf's 22 is actually a 22* and not really a record.

Rightly or wrongly, the press used to write about 22 as the number to beat.  Now that S. Williams has matched that, they moved the goal posts.  Now she has to match or beat Margaret Court's record of 24 Grand Slam Singles victories.

** Court won 13 of her 24 Grand Slam events when they were amateur events.  We don't know how many Court would have won if professionals were allowed to play against her.  (Professional players were not allowed to enter the contests until 1968, the "open" era.)

There's a whole lotta class privilege surrounding who gets to be an amateur and who has to turn pro to support themselves or their families or even to raise enough money to enter and travel to the tournaments.

Court was a great athlete and competitor, but let's be real.  She won only 11 (not 24) Open Grand Slams against all comers.

Thou shalt not diss my queen, Serena.  She is the greatest of all time.  Full stop.
Posted by badmomgoodmom at 20:58 2 comments:

Remember It's a girl! Maybe and Pay no attention to the man behind the curtain?

The NY Times Magazine published an excellent long-form article by Ruth Padawar on The Humiliating Practice of Sex-Testing Female Athletes.

It's long AND worth your time.


Estimates of the number of intersex people vary widely, ranging from one in 5,000 to one in 60, because experts dispute which of the myriad conditions to include and how to tally them accurately.

I feel sad for the athletes caught in the gender bind. Then I read through a selection of the comments and that saddened me even further.
Posted by badmomgoodmom at 19:06 No comments: